Working for me. When installing the hdactl and hda-platform, there are lots of missing dependencies.

I did a Fedora 17 64-bit install with graphical desktop. Followed the wiki instructions, but when installing hda-ctl I had the following dependencies missing:

Then once I cleared them up, installed hdactl. Next for hda-platform I had one dependency issue in addition to greyhole. It was:

that was missing. Installed it and then completed hda-platform install.

Went to http://localhost:2000 and nothing. Rebooted the VM and now I have the installer. Going to install Amahi and see what happens next.

UPDATE: Entered install code and submit. It pauses for a minute, then says ERROR. No log file or any indication of the what the error is.
ßîgƒσστ65
Applications Manager
Top

maybe we should focus on installing via

hello, the Amahi 7 bits have been updated overnight and there are slightly changed instructions at the [wiki]Amahi 7[/wiki] page.

it would be great if you test things and report any issues again!

this time the web installer should work and the first login should work (a user had to be created by hand via ssh if the Fedora 17 minimal install was being used), as well as the dashboard. Creating users should work. Shares and app installs may not work.

Installer is now working for me. After reboot, had to manually start hdactl.

I was able to create a user and access shares page. The app do not work nor will the app page display. Selecting apps goes to debug page.

Thanks for the feedback. Yes, I think we broke something in the shares and apps pages.

We just created an f17 repo, and it's populated. The installer should be able to pick up f17.amahi.org and install, except there are two dependencies missing (in the minimal install - not sure in graphical -- would be useful to know what's up there). Clicking on continue seems to make the install work fine!

I was able to install amahi7 and it's working fine for me. I don't need to start any service manually after reboot. I have used minimal fedora 17 in vm. 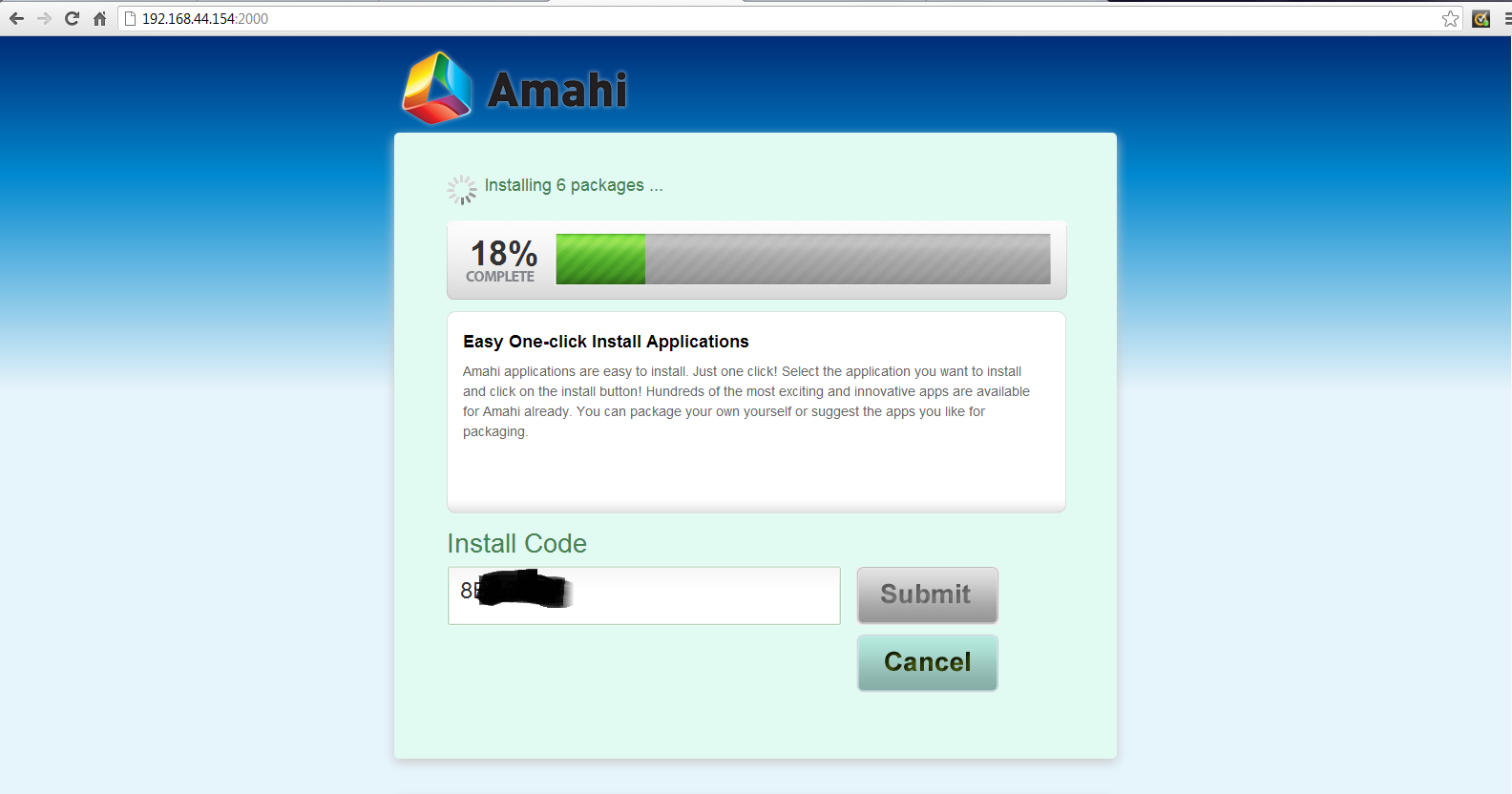 we just pushed an updated to the f17 repo.

i think all dependencies should be cleaned up so that the Fedora 17 install can be done by adding just the f17 repo.

after that, the installer should start up soon after the machine ends booting. two things

I tried to install on virtual box last night following the instructions on the wiki with fedora 17, and the system refused to configure. I guess the problem was that on my desktop the Ethernet refuses to map to "eth0" and I was using it in bridged mode, hence amahi couldn't change the device name to eth0 from the system's device name.
I was wondering how to go around this in virtual box, if anyone knows... I wanted to use bridged mode so I could access the "server" from the rest of the network, however if this can't be done with the device name, that could cause an issue.
I don't think this is a "bug report", although that aside, the entire thing installed without a glitch upto that point.
Top