I noticed something was wrong when, from time to time, name resolution fails to dynamic devices. Upon checking the DHCP leases page, I found out that the DHCP server had dropped all leases. DHCP was still running as I could use ipconfig /renew, on the one windows box I have, and it would get a lease and subsequently show back up in the DHCP leases page. Using DHCP Renew from the network properties page on my Mac's would also cause them to renew their lease and show up again on the DHCP leases page.

Obviously this is not optimal as I use RDP over a VPN connection to control the above windows box - and if I can't resolve it's name, I can't get to it to run ipconfig /renew, etc.

I have no other DHCP nor DNS server in my environment, and am running Amahi in a vmware VM. 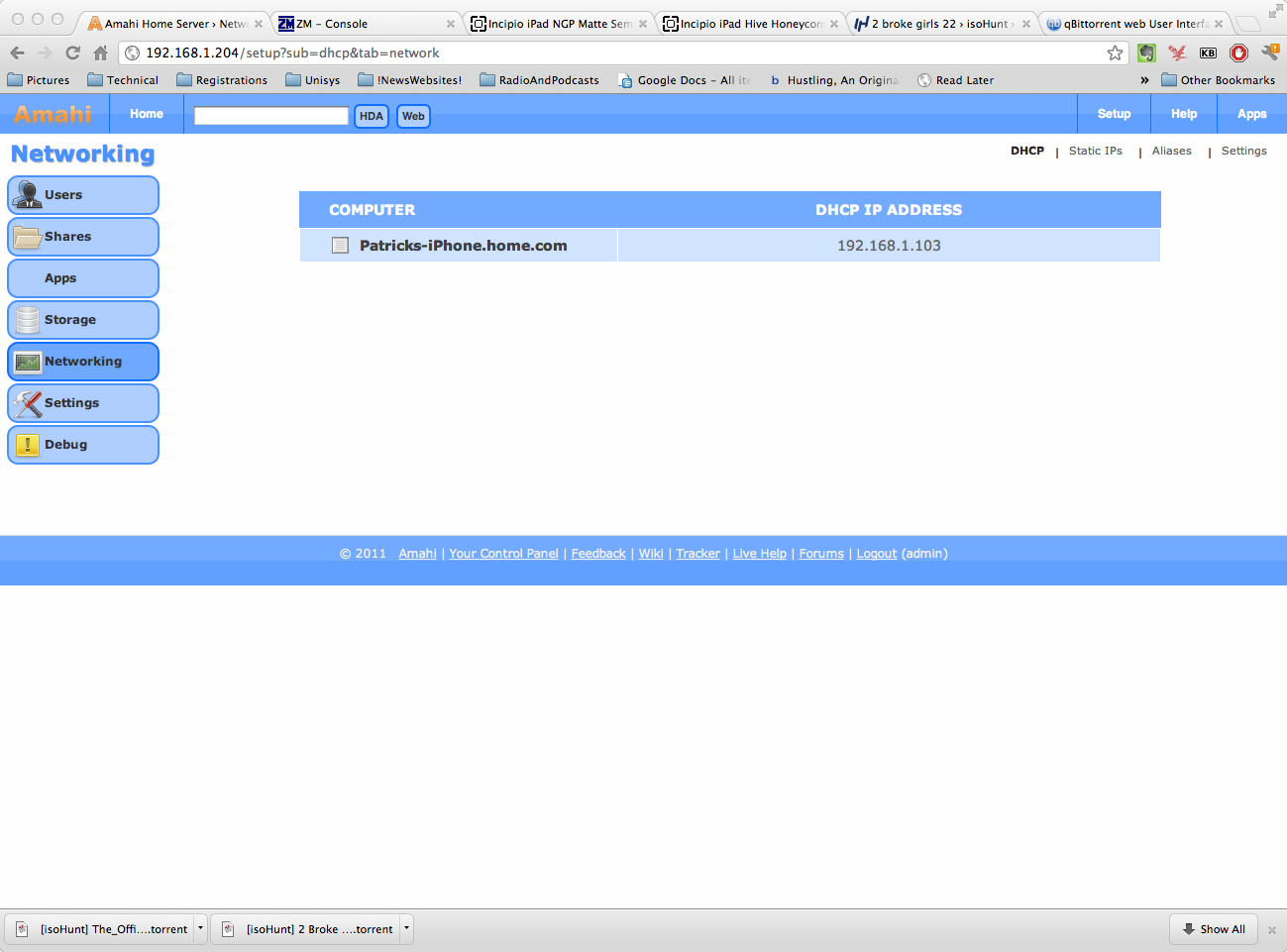 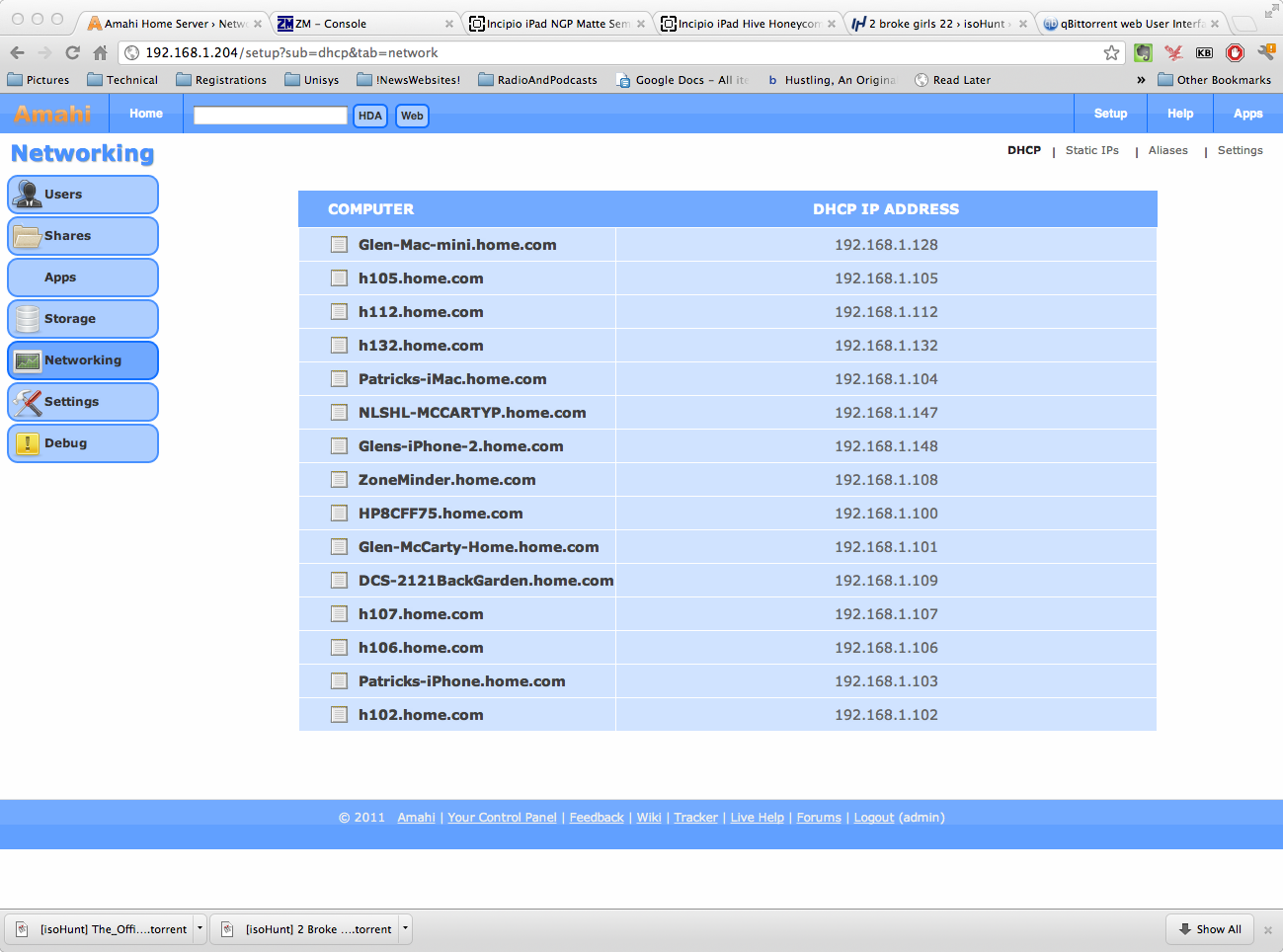 And obviously my attachments didn't load - are .tiff files not appropriate?

PNG images are the best. As for your issue, recommend you check the logs to see if there is anything there that might help.

Hard to say what the cause could be. There are so many variables. Have you rebooted the HDA lately?
ßîgƒσστ65
Applications Manager
Top

this happens when the lease times are either too long or some process executes that clears the leases.

i believe there is something on the HDA that is resetting the DNS and DHCP configurations every 24 hours.

If the reset process runs and your clients still have unexpired leases, this could cause the issues you list.

Ideally, you should probably create a static reservation for those devices you might need to reach
Top

Have to say I have never experienced this issue or heard of many cases. Wonder if it is reproducible? If so, then we could determine the root cause.
ßîgƒσστ65
Applications Manager
Top
Post Reply
5 posts • Page 1 of 1