I searched but couldn't find concrete info. Does Amahi support IPv6? Given that some of the Interwebz will be running it starting in about 3.5 hours for 24 hours, I'm kinda interested in what'll happen with Amahi.

"Your DNS server (possibly run by your ISP) appears to have no access to the IPv6 Internet, or is not configured to use it. This may in the future restrict your ability to reach IPv6-only sites."

I use Amahi for DNS, so I think I've answered my own question. Does anyone have more detail, or know if or when IPv6 will be implemented? Thanks!
Top

As no-one's responded to your post yet, I thought I should step in with a quick response on my view, lest anyone (including google) be left with the impression that Amahi is in some way incompatible with or does not "support" IPv6. I write as a user of Amahi, who also has an IPv6 enabled network.

To answer your question, we need to break it down into several steps:
Before I go any further, I should point out that I'm not speaking for the official Amahi team, and I'm sure one of them will be along shortly to correct me if I've got anything mixed up. However, I do run IPv6 on my network which also has Amahi as the local DHCP/DNS and my comments are based on that experience.

Getting IPv6 on your network:

The first, most important point, is that this part has nothing to do with Amahi. You must have an IPv6 compatible router and ISP or have configured a tunnelling arrangement with a tunnelling provider. There are plenty of articles online as to how to do this.

Once you've followed all the configuration advice for your chosen IPv6 route, all the devices on your network will end up with a globally routable IPv6 address. (There's more than one mechanism for this to happen and it doesn't necessarily depend on the DHCP mechanism used for IPv4.). Most modern systems including most Linux, Windows Vista & 7, iPhones/Pads, and Macs will support IPv6 out of the box. You can run IPv4 alongside IPv6 on your network without any further changes.

As Amahi is just another computer running Linux, it will also obtain an IPv6 address and life will go on without much change on your part. Here's the output of ifconfig eth0 on my hda:

However, you should take care to ensure that your IPv6 connection is appropriately firewalled, as every device on your network now has a globally routable address. Some people are also concerned that the globally unique nature of an IPv6 may also make it easy for their activities to be tracked online.

For most on the IPv6 internet, very little changed on IPv6 day. Contrary to the mainstream media, IPv6 was not "turned on" for the day. Before The Day, you could access some major websites such as google and Facebook via IPv6 simply by typing a slightly different address into your browser (ipv6.google.com and http://www.v6.facebook.com respectively). This remains true today.

On IPv6 day, the major players altered their DNS to return AAAA (I.e. IPv6) records as well as A (IPv4) records in response to their normal address (e.g. http://www.google.com and http://www.facebook.com. The vast majority of the Internet didn't even notice, as your web browser will ignore the AAAA record if it doesn't have IPv6 connectivity. And even if you did have it, you get the same website with the same information as on the IPv4 internet.

The Amahi DNS will handle/forward AAAA records as easily as any other, without any changes. Thus:

As Amahi is built on Linux it will, by default, permit the use of and interoperate with IPv6 on your local network. It Just Works.

However, the mini website that you see at hda.home.com and the software that Amahi incorporates will, over time, need further work to accommodate IPv6 type addressing in many of its pages. I've no doubt that the Amahi team have already given some consideration to how to go about this, but it would be a long term project.

Why do you care?

Ultimately, you do have to ask whether you care about any of this? Personally, I've gone to some lengths to get IPv6 up and running on my network, but that's mainly as an intellectual challenge rather than any specific benefit.

For many users of the internet, browsing web pages and sending emails, the changeover to IPv6 will be almost imperceptible. It will not change the address that you type into your web browser and it is not intrinsically faster. Until your ISP and router support IPv6 natively, there are significant technical hurdles to be overcome for the average user to connect to the v6 Internet and only a few websites are v6 connected at present.

I hope this is of some use to you, or anyone else interested in this subject. There is a wealth of resources available on the internet about IPv6 and how to go about getting connected if you wish - your ability to get connected is neither enabled nor constrained by the presence of an Amahi HDA on your network. 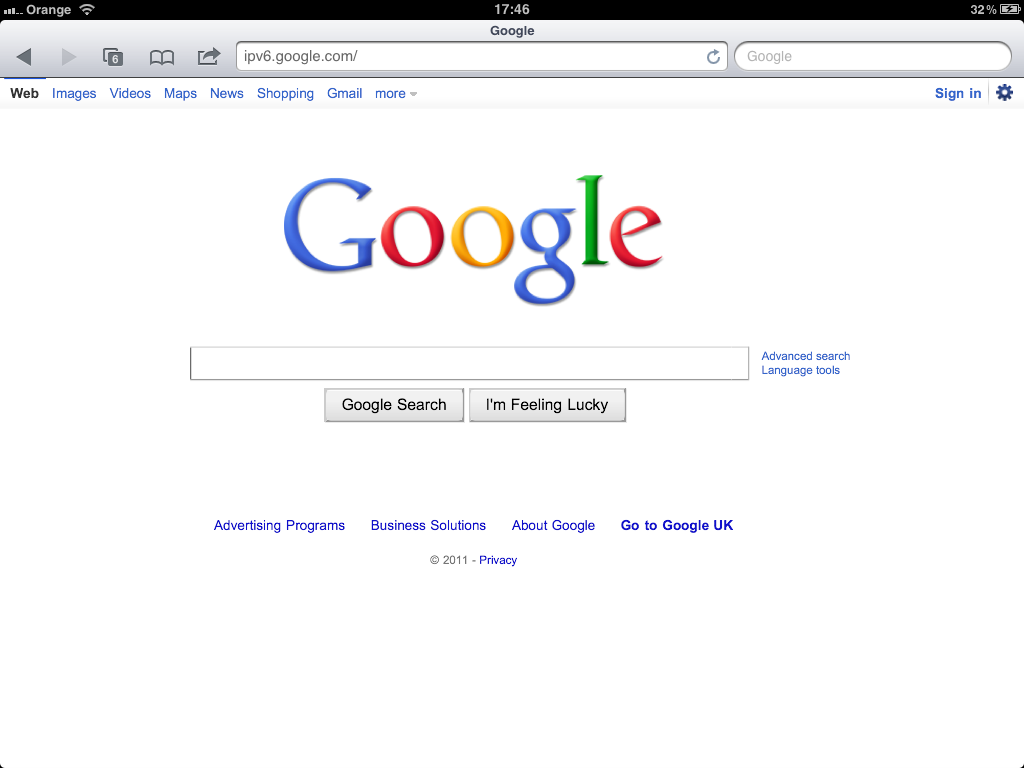 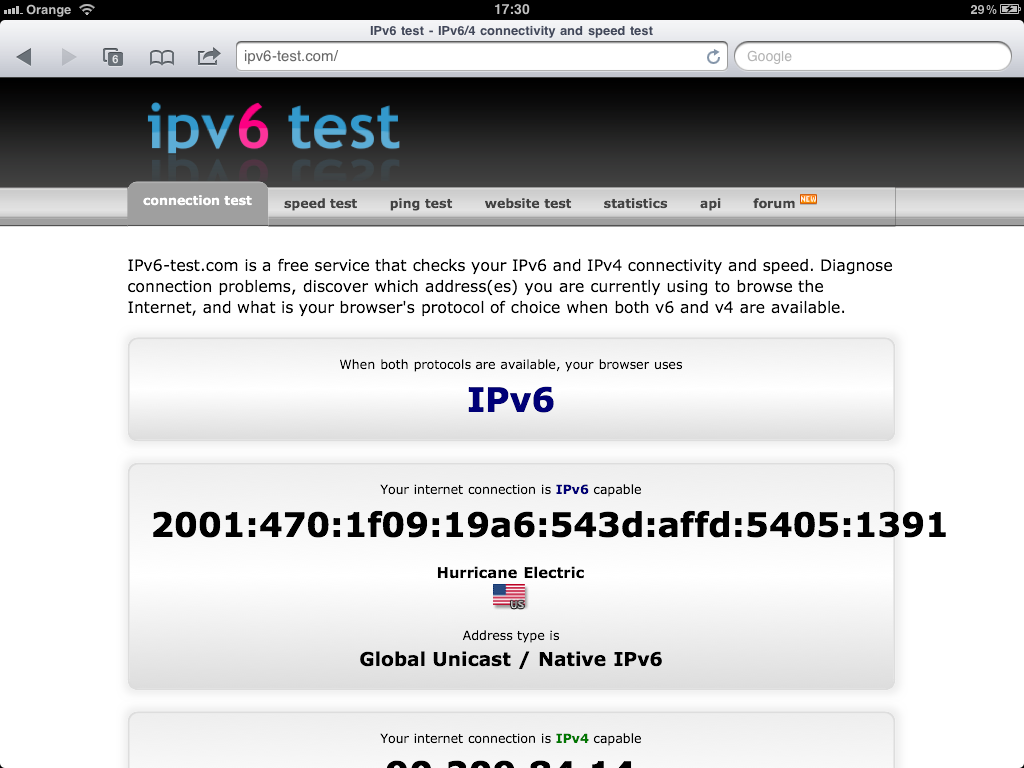 Thank you for that great response! I hadn't checked this thread to follow it automatically and only just thought of it today (as it's IPv6 day). Your answer was comprehensive and appreciated!
Top