Can anyone help me? I think this configuration would be good to add to the wiki as well. I am willing to do all the work if I can get the info to build the tutorial.
ßîgƒσστ65
Applications Manager

Hopefully the experts can help us document this in the wiki for others.
ßîgƒσστ65
Applications Manager 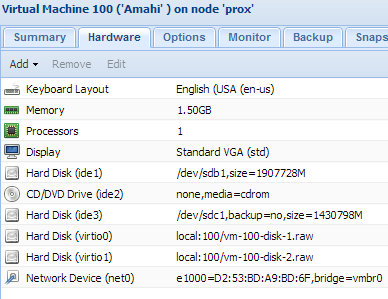 Appreciate your assistance. It's nice that we have folks like you who don't mind the work it takes to help others.
ßîgƒσστ65
Applications Manager

I think I have adequate hardware, so if not please let me know so I can start searching for a replacement.
ßîgƒσστ65
Applications Manager